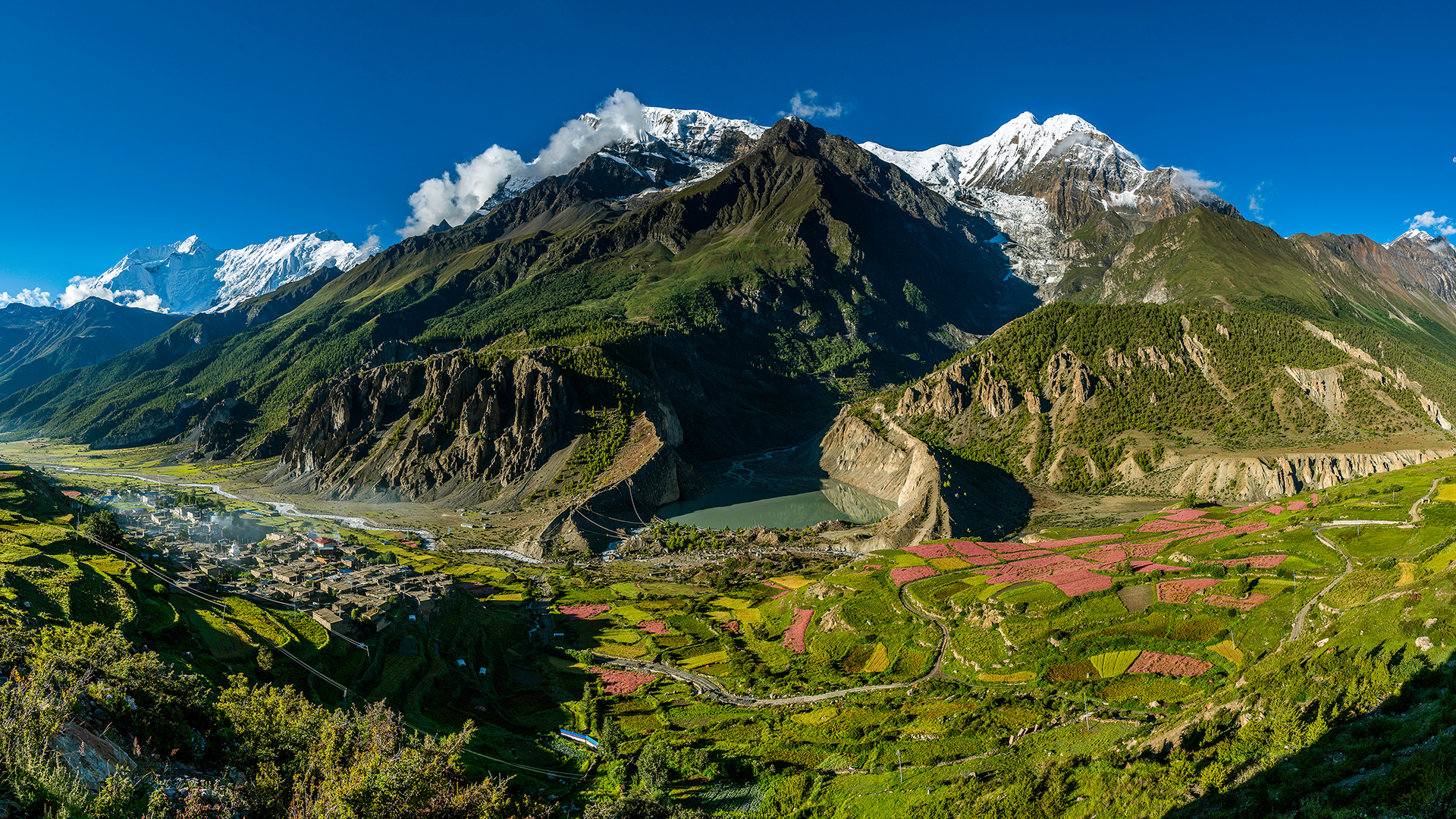 Annapurna Circuit Trek - Adventure with Culture Diversity
Share This
Activity Level: Challenging
This trip is challenging trip for your life and adventure

Our Annapurna circuit trek is an extraordinary trek, one of the world’s best in terms of culture and environmental diversity. Annapurna Circuit trek provides you dramatic changes in landscape, culture and climate. Following a careful acclimatization program, we head northwest over the 5400 meter Thorung La (pass) and descend steeply down to the sacred shrine of Muktinath in the Mustang district. From Muktinath to Pokhara you can enjoy terraced hills, forests, alpine pastures and villages from different cultures.
Taking a flight from Jomsom to Pokhara can shorten this trek. Jomsom is one-day walk away from Muktinath. The road has built up in the Thak Khola Valley- Jomsom to Beni. Our idea is to assist you in finding the optimum adventure with blend of unique cultures you’ve been looking for. Finally your quest for a place where a blend of religious values, cultural dignities and enthralling adventures fuses at a junction ends right here.