Explore Inner Dolpo Immersion Trek in a Bonpo way
Share This
Activity Level: Challenging
This trip is challenging trip for your life and adventure

Discover Nepal’s majestic region of Dolpo. This remote area, made famous by Peter Matthiessen’s book ‘The Snow Leopard,’ has only been open to trekkers since 1989. Its most alluring attraction, Phoksundo Lake, is sacred to Buddhists and followers of the Bonpo religion. 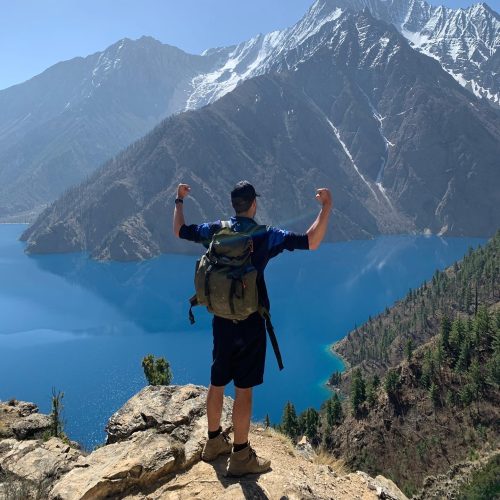 Our journey begins with a spectacular flight along the Himalayan range to Juphal then trek to our horsemans’ village, passing through the still surprisingly rustic headquarters of Dunai. The next few days to the villages of Dho-Tarap are in a rough and deep gorge that will become a road in a few years, although work has yet to start, and so another reason for this “before it’s gone” trek. Then we venture off the beaten trail for our exhilarating exploration of the multiple passes that lead to Upper Dolpo and head the long way around Phoksundo Lake, including a few additional days for exploring.

On our 18 days camping treks we pass through authentic villages, beautiful landscape and we meet wonderful people.

• 3 Night Hotel in Kathmandu with Breakfast

• One Night Hotel in Nepalgunj with M. A .P (Dinner and Breakfast)

• All Domestic Flight (Kathmandu-Nepalgunj-Dolpo and Return)

• Unforeseen expenses due to Political Unrest or