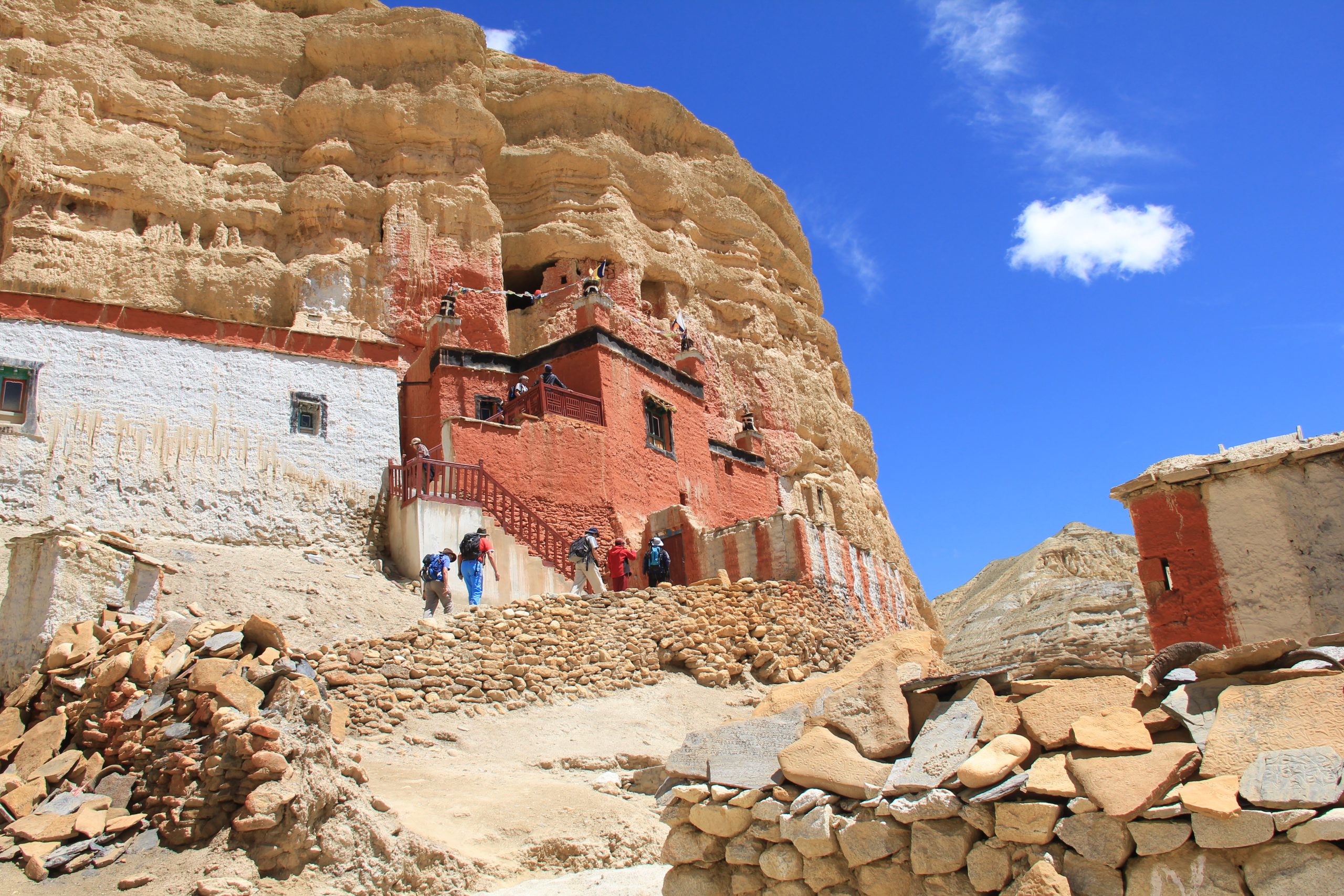 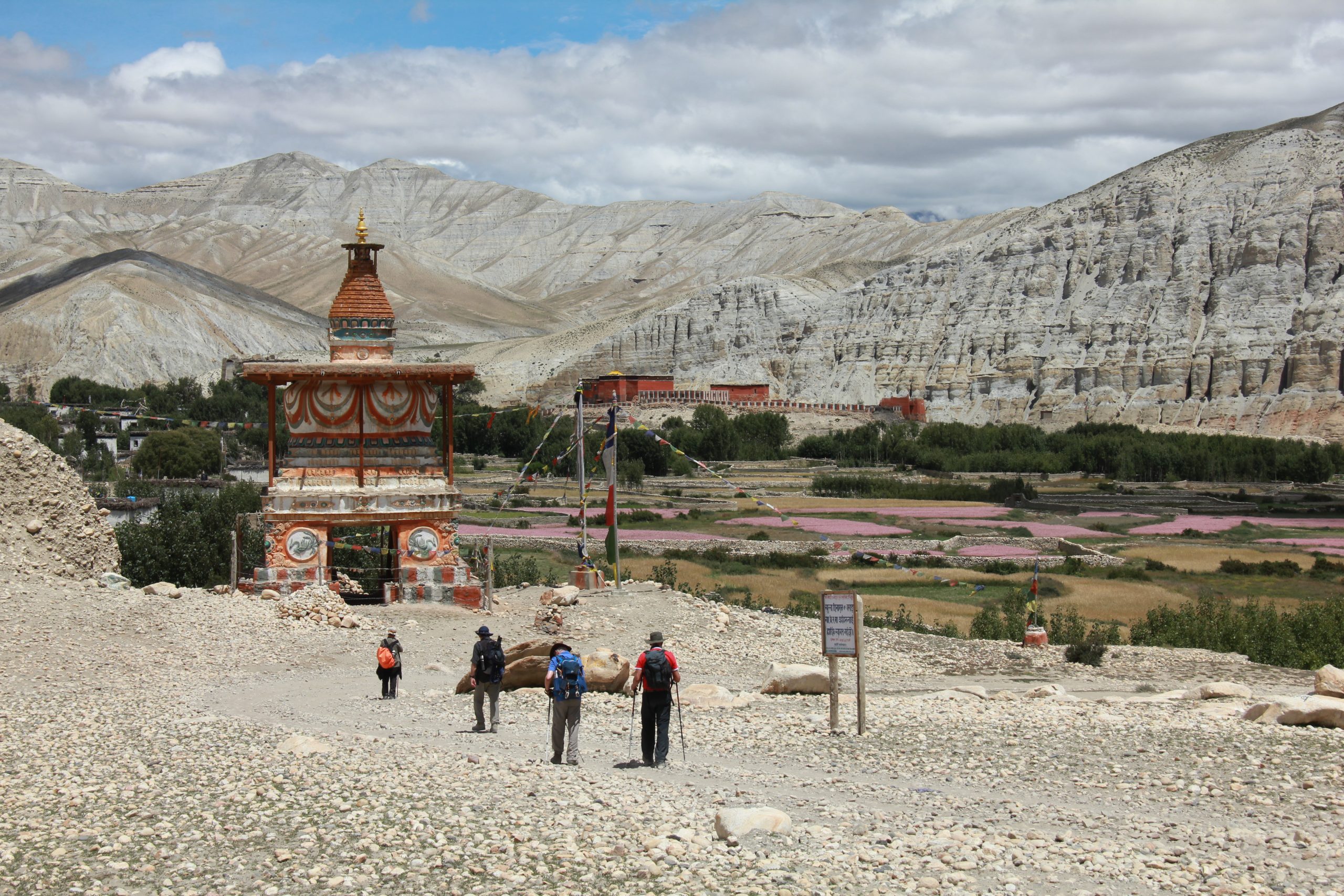 “Mustang” is a magical and mystical Shangri-la. Hidden for centuries behind the Himalaya, this high and wild land has remained untarnished As Mustang stirs into modernity. 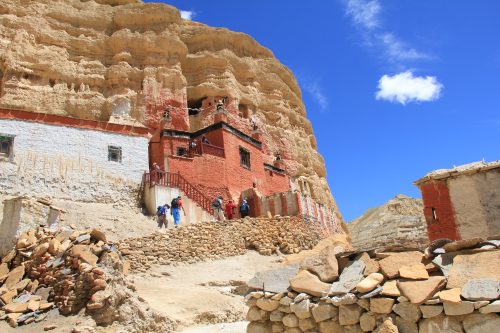 It’s an ancient Kigdom tucked away along the deepest river gorge in the world, the Kali Gandaki;a remote and starkly beautiful section of the “Tibetan” high altitude desert bordered to the South by some of the Highest Mountains- Annapurna & Dhaulagiri.

We continue the exploration of Mustang,  by jeep and trek. started by the early, intrepid explorers of the Himalaya, taking some of the less trekked routes through this Sun-drenched region.

Now is the right time to visit Upper Mustang while it is still pristine, intriguing and with a sense of the forbidden.

You’ll also see the Tibetan Buddhist gompas and soaring snow-peaks that characterize this spectacular region, the “thumb” sticking up from Nepal into the Tibetan plateau.

Traverse the Mustang region by foot and by jeep